Who Benefits While You Pay? 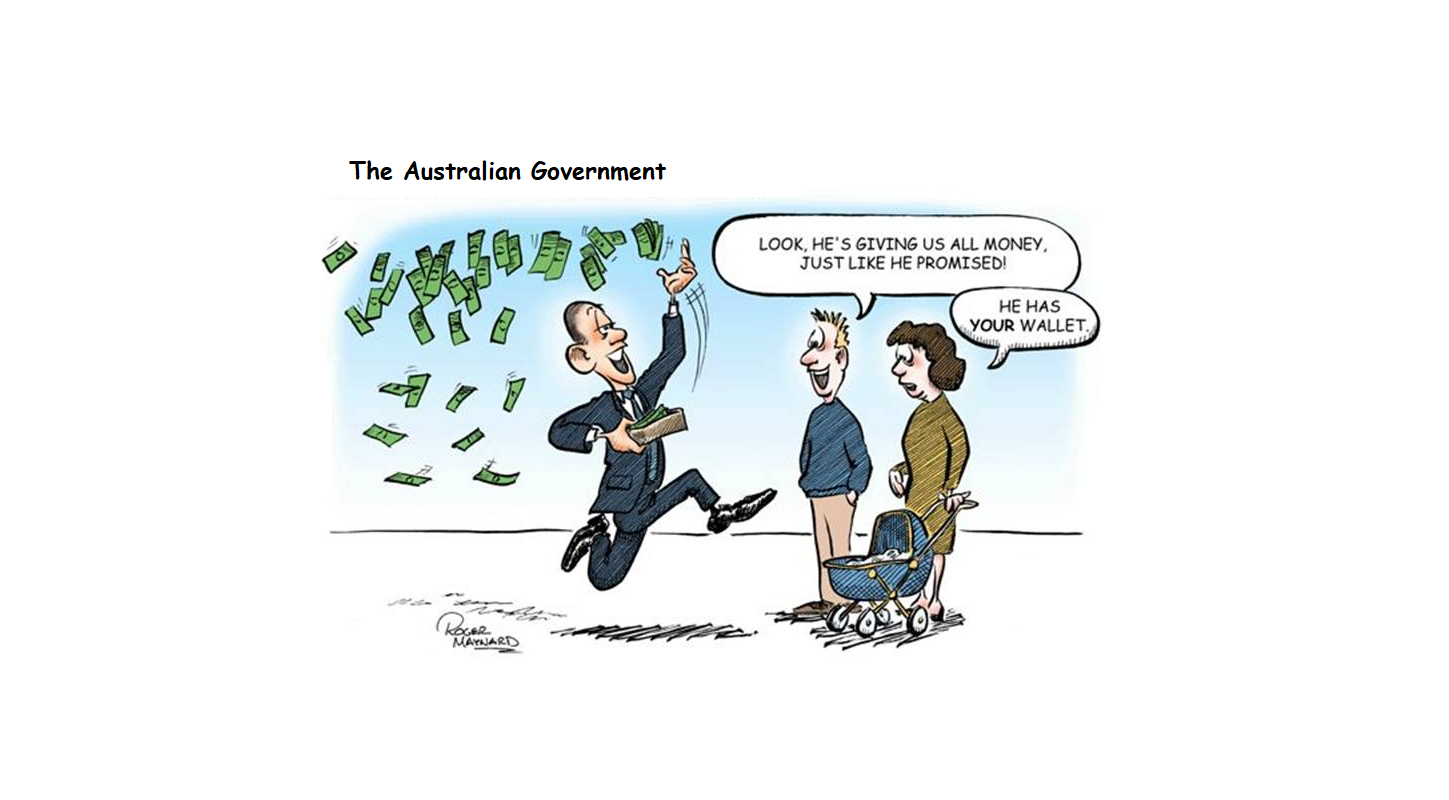 When any orthodox economist from the Democratic Land of Oz talks of policies designed in the ‘public interest’ or the ‘national interest’, I am always drawn to Public Choice Theory as a way of finding out who the ultimate beneficiaries really are.

There are many definitions of Public Choice and Politics; I like Thomas Sowell’s the best ― Politics is the art of making your selfish desires seem like the national interest.

Public Choice Theory, when stripped to its bare bones, simply says that, “those few who receive the concentrated benefits, will work hardest to support legislation that will benefit them and in their own interest they will design such legislation (rules of laws) so that costs will be distributed over many thousands of millions of victims.”

By spreading the costs, over so many, these victims may notice the costs but stop short of ‘marching in the streets’. This is the way, through sinister stealth, that we see so much looting and plundering of the public, without a whimper. Studying Public Choice Theory enables you to ‘follow the money’ and solve these daily mysteries.

This is all part of the development of two sets of rules. This has given us our ‘two-class system’ where public servants, politicians and corporate elites have declared themselves ‘unsackable’ whilst the rest of us must perform well to retain our jobs.

This challenge of curbing political corruption has exercised the minds of economists for over 400 years, since the early School of Salamanca.

Lus de Molina (1535-1601) suggested that if the King grants a monopoly privilege to some, he violates the consumer’s right to buy from the cheapest seller. Molina concluded that those who benefit are required, by moral law, to offset the damages that they cause. How would this appeal to our public servants or politicians who repeatedly bring projects on at twice and even four times the original budgeted cost?

One of Australia’s current major problems is lack of accountability and poor stewardship of ‘other people’s money’. Evidence of this can be seen every day with examples of so-called Corporate Leaders posing as philanthropists or social activists with the unauthorised use of shareholder funds. They bask in the glory of their public pronouncements but ‘send the invoice to their shareholders’.

Sometimes, a very large invoice of A$600M in the case of BHP’s CEO.

In many cases, CEO’s are following a whim of social activism, encouraged by the current crop of regulation policies which are often acting against the interests of shareholders whose interests the CEO’s are paid to protect.

We have much to learn from studying Public Choice Theory as it teaches us what questions we need to ask if we are to find out whose interests are really served when ‘public or national interest policies’ are proposed.