The Amazing Life of Ron Manners – Stories from The Lonely Libertarian 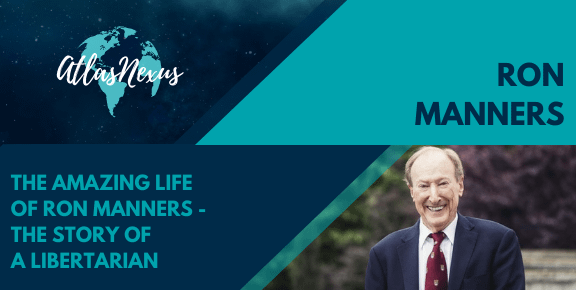 On November 11, 2020 Ron was interviewed by Vale Sloane of the Atlas Network for their AtlasNexus podcast.

Listen to the interview at AtlasNexus.

“Ron Manners has lived quite a life. He’s gone from running one of the most successful businesses in Australia to becoming an accomplished author and leader of the Mannkal Foundation, which provides young Australians with the opportunity to learn about classical liberal principles from leading experts across the world, to being named an official member of the Order of Australia. In today’s special episode, Ron shares a little bit of his life story (including his time as an unintentional expat and a crazy conversation with Fredrick Hayek), his perspective on the next generation, and his predictions about the future for freedom in Australia.”