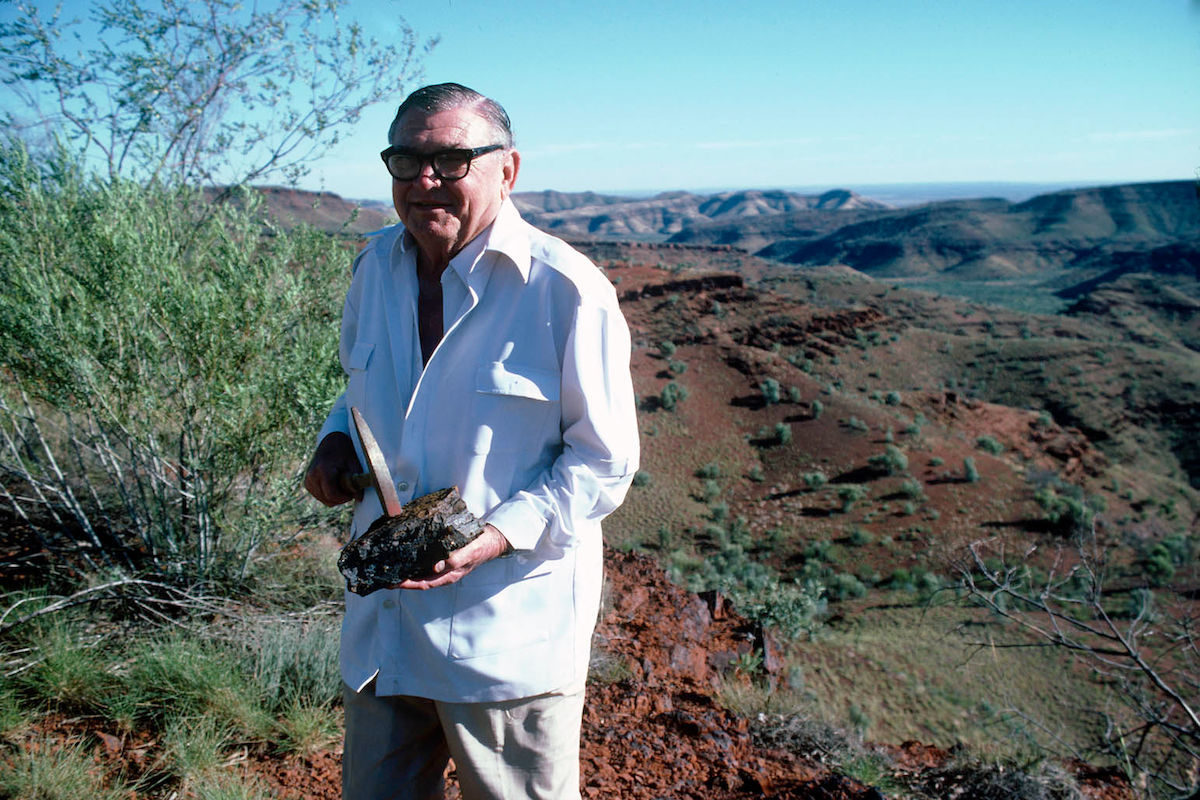 Lang Hancock gave this speech in Sydney in September 1978. He was always an encouraging force in my life and for this I am thankful. Portion of his speech follows…

“Often I am concerned that corporations have abdicated their responsibility to preserve the freedom of the marketplace out of a fear of retaliation, or a reluctance to rock the boat. If they have, they are feeding the crocodile hoping he’ll eat them last. You can fight Canberra and you don’t have to be a giant to do it. In Kalgoorlie there’s a small family company run by an individual called Ron Manners. He is also the President of the Kalgoorlie Chamber of Commerce.

Working through the Chamber of Commerce, Ron Manners has produced a document called Kalgoorlie (and Australia) Lookin’ Good, Feelin’ Awful (or you could call it The Case for Governments Getting Out of the Way), and followed this up with a specific 15-step policy on how the government could best get out of the way or “release the handcuffs” as he terms it, from the Mining industry.

It is impossible for Doug Anthony (Deputy Prime Minister and Ministerfor Resources) or any of his advisors to knock over the logic presented in these documents and more difficult for them to reply to his demands for monthly reports on what progress they are making along these lines.

In the 12 months since publishing these documents, Manners has been inundated with requests for copies as they are forming the basis of strategy for many other industries in other parts of Australia to push the case for deregulation of their various industries and regions.

They are using the same tactics as Manners in showing how every Government intervention into peaceful, private activity tends to make things worse, rather than better.

By bombarding Canberra with logic in this fashion, it is putting the bureaucracy on the defensive and making them think twice about erecting any more hurdles, so with a bit more pressure of this kind we could even have them dismantling some of the existing hurdles.

As Manners reminds them “a predatory government casting a pall of toxic uncertainty will not revitalize investment in the Australian mining industry”.

Why don’t more of us challenge what Manners called the arrogance of officialdom? Why don’t we set up communications between organisations and trade associations? To rally others to come to the aid of an individual like that, or to an industry or profession when they’re threatened by the barons of bureaucracy, who have forgotten that we are their employers. Government by the people works when the people work at it. We can begin by turning the spotlight of truth on the widespread political and economic mythology that I mentioned.”