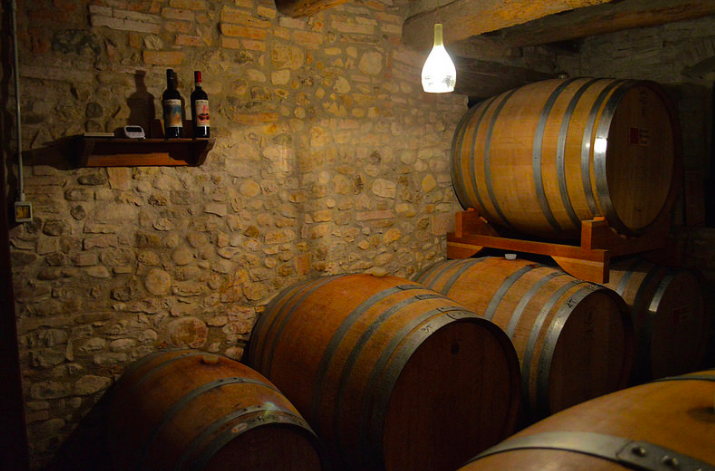 This undated article dips into timeless topics. It offers a uniquely Australian perspective of global issues such as mining exploration and foreign debt.

Our Australian government experiences great difficulty balancing its own budget and needs to borrow more money to pay the interest on its present debt. It so busy trying to decide how many uranium mines, banks and airlines we should be ‘allowed’ to have, that it has totally lost sight of what it should be doing.

Some of our 3,489 overseas shareholders may wonder why we still persevere against such bureaucratic odds in Australia. They probably read editorials such as that in London’s Mining Journal, commenting on world mineral exploration:

“Where and by whom the next generation of new mineral discoveries is made could depend not only on the geology but equally on whether the right type of exploration environment prevails. Land access constraints, unrealistic regulatory controls, or onerous fiscal and legal regimes may all serve to diminish the incentive to explore and restrict the choice of area.

“For years North America and Australia have attracted most exploration spending but the growing anti-mining lobby and the coincident introduction of new improved mining and investment codes in many developing countries could soon shift the balance in the latter’s favour. We know Australian companies are already moving offshore exploration funds they would prefer to spend in Australia.”

The key is in the last sentence. We do know the excellent geological potential of our country and generally there exists favourable mining and exploration legislation in each Australian state.

This legislation unfortunately is often overridden by regulation and mischief devised by a small group of taxpayer-funded activists who have secured for themselves incredible influence over our Federal and State Governments.

Government performance (or lack of)

The 19th century philosopher, Henry David Thoreau, would be horrified to observe our Government’s performance. He once said: “Government never furthered any enterprise, but by the alacrity with which it got out of the way.”

Governments in many other countries are busy getting out of the way of mining and enterprise. It is easy to see the results. Six years ago Chile had a national debt of $14 billion. It is now down to $5 billion and is being paid off rapidly as new mines and farms open up.

Australia’s mining industry has the capacity to do this for Australia too. But only if we can minimise the damage being done by the political alliance between the sundry anti-development activists groups.  This damage is exacerbated by a total lack of enthusiasm by resource development by both our State and Federal Governments, despite the efforts of a select few members within those governments.

This damage is seen clearly by many Australian geologists now working overseas. They tell me that the hardest part of their operation there is finding the mineral deposit. Once they have found that, the rest is easy.

In Australia, finding the deposit is the easy part – the greatest difficulties come after the discovery.

Many Australian mining and exploration operations are hampered by what Professor George Reisman of Los Angeles calls the “toxicity of environmentalism” – by which he means an absurd worship of ‘nature’ to the deadly detriment of human beings.

Professor Reisman, carefully distinguishing the genuine environmentalist from the anti-development ‘environmental movement’, gives an example of the latter when he quotes from the words of a research biologist in the National Park Service: “Human happiness and human fecundity are not as important as a wild and healthy planet. We have become a plague upon the earth…some of us can only hope for the right virus to come along.”

This environmental movement, says Reisman, is a virulent pest, coming between man and the work he must do to sustain and improve his life.

Nor is this threat of ‘nature planners’ (i.e. people planners) confined only to Australia, Europe and the US. One Canadian professor has sent out a call to world leaders to create an International Agency of World Protection to re-direct our economies – which he wants done by those in positions of power.

Well, we have just seen what ‘re-directing’ an economy has done to Russia and Eastern Europe!

While we have been congratulating ourselves on the assumed triumph of capitalism (freedom) over socialism (coercion) we find ourselves facing an internationally co-ordinated attempt to control our economic and political liberties by a new ‘ism’ called ‘environmentalism’.

I urge our shareholders to protest to their legislative representative against these growing restrictions on mining and on Australia’s economy. As the eminent economist Ludwig von Mises has said: “Everyone, in his own interest, must thrust himself vigorously into the intellectual battle…the interests of everyone hangs on the result.”

How did comparatively well-educated people like Australians allow government functions to be hijacked by minority groups of anti-development activists?

Throughout history, poverty is the normal condition of man. Advances which permit this norm to be bettered, from time to time, in various counties are the work of an extremely small minority, frequently despised, often condemned and always opposed by those motivated by the politics of envy.

Whenever this tiny minority is kept from creating and producing, or as sometimes happens, is driven out of a society, the people then slip back into object poverty.

This has resulted in Australia, a country rich in almost every natural resource, to have the disgraceful statistic of over 1.2 million people unable to find employment.

What are companies, like ours, to do until such time as ‘enough good men stop doing nothing’ and define a clear set of guidelines for legitimate government activity, beyond which, governments should not stray?

The answer lies in nuclear physicist, Lord Rutherford’s response to a question about riding the ‘nuclear wave’ during times of downturns and disincentives.

He replied: “We don’t ride the waves, we make our own waves.”