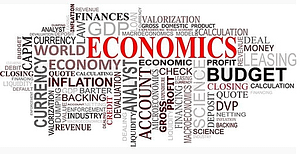 So what can Australia learn from this?

According to the IMF/Economist Magazine, Australia’s +3.4 per cent growth of government in 2012 is out-stripping the US growth of +2.2 per cent. Australia’s ‘bubble government’ is precariously kept afloat by one industry (mining) with one customer (China), so the assumption that “she’ll be right mate!” is not based on sound reasoning.

Why should we have confidence in governments to do the right thing, when they are pretty much financially illiterate? On average their understanding doesn’t go much beyond buying votes by stimulating the economy in bad times and spreading the benefits of the boom in good times.

Their answer is always more spending and expanding government. The real problem, as pointed out recently by Simon Cowan from CIS, is “the underlying trend towards big, unsustainable government” (in Governments aren’t economists).

There are just a few things that we can legitimately delegate to government — external and internal defence, the law courts, land titles. But we are the real problem if we demand that they go beyond this and educate our children, take responsibility for our health and clothe, feed and house us!

As a famous cartoon philosopher once said:

“The problem is us!”