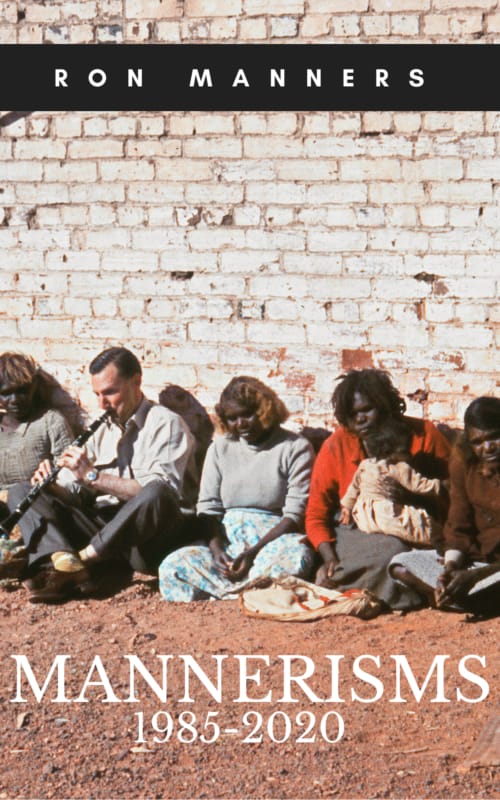 Former Liberal Leader of the Opposition, Bill Hassell AM, was kind enough to review my latest book Mannerisms: 1985-2020. This review originally appeared in a Perth library newsletter, April 2021.

In the current bewildering world in which we live, the so-called “woke” generation, using the modern media of internet instruments, have so cowed many people that their fear of being trolled, called out for their opinions, cancelled, accused of racism and many other “isms”, harassed and denigrated for their opinions, means that much worthwhile debate, so necessary for a healthy democracy, is silenced.

Thus does much that is false and misleading flourish, and great ideals and ideas flounder.

This situation is nowhere more apparent than in the worlds of commerce, business and enterprise.

The leaders of great companies in Australia confine themselves to the narrowest fields of comment. Political correctness reigns with an iron fist and very highly paid, successful, company leaders sit mute in the face of fear when they ought to be contributing to the debates around our future as a nation.

In particular they should be offering more on the development of our economy and the barriers to growth, innovation and wealth creation – such as the radical elements of the conservation movement, the sometimes extremist aboriginal demands that sometimes affect some natural partnerships (which Ron Manners strongly supports) and the ongoing failures of the “industrial relations establishment” which so damage our enterprises.

It is with pleasure that one reviews the latest offering by Ron Manners, Mannerisms. He calls out much that is awry.

Ron Manners applies himself to investing in the future by seeking to educate the young through his Mannkal Economic Education Foundation. He has invested a great deal of his own money, as well as much time and personal commitment, in this venture.

This is not the place to review the life of Ron Manners or his work, but it is in the context of his life’s learnings, his work and tested beliefs that he has written his “Mannerisms”.

His book is a collection of some 120 relatively short essays about Australia, governments, and their many failings, business, enterprise, international issues, political philosophies, taxation, property rights, leadership and many more.

Ron Manners writes things as he sees them, but not with aggression or pessimism – he is an avowed optimist, and it shows. He writes from the perspective of a born and bred Australian with a tinge of the larrikin, certainly with a tilt at authority, bureaucracy, authoritarianism and conformity, laced with impatience at the “soft” ways of current thinking.

For a quick taste I direct you to “How Big Business Fails at Leadership” (page 22) and this gem:

“The are some matters – and fraudulent climate theory is one – on which there is no middle or compromise ground, no matter how assiduously you may seek or desire it.” Some others:

“The daily media onslaught continually reminds us that politics, at all levels, is broken, and business leadership has been displaced by the “corporate social responsibility” brigade, far removed from their prime task of building an enterprise.“

“How long do we expect to be the lucky country?“

Ron Manners’ writing is compelling reading for anyone with an open mind prepared to contemplate that Australia and the world could indeed be different, and better. He challenges all our shibboleths; he cuts away at the dead wood in our thinking.

Mannerisms is very much worth reading. It will not be found in the library of the ABC (if they have one).

We have a limited edition paperback edition of Mannerisms: 1985-2020 available from our bookstore.