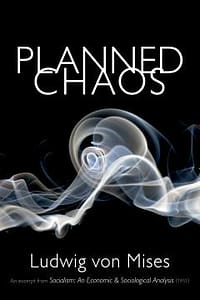 This one is a recommended read from Ron. Ludwig von Mises was the acknowledged leader of the Austrian School of economic thought. Naturally, his writings and lectures encompassed economic theory, history, epistemology, government, and political philosophy.

Planned Chaos was written decades after Mises’s original essay on economic calculation and includes the broadest and boldest attack on all forms of state control.

“Planned Chaos is the first Mises book that I read, cover to cover, on a Perth to Adelaide flight, circa 1970,” Ron says.

A copy of Planned Chaos is available free online at the following locations: