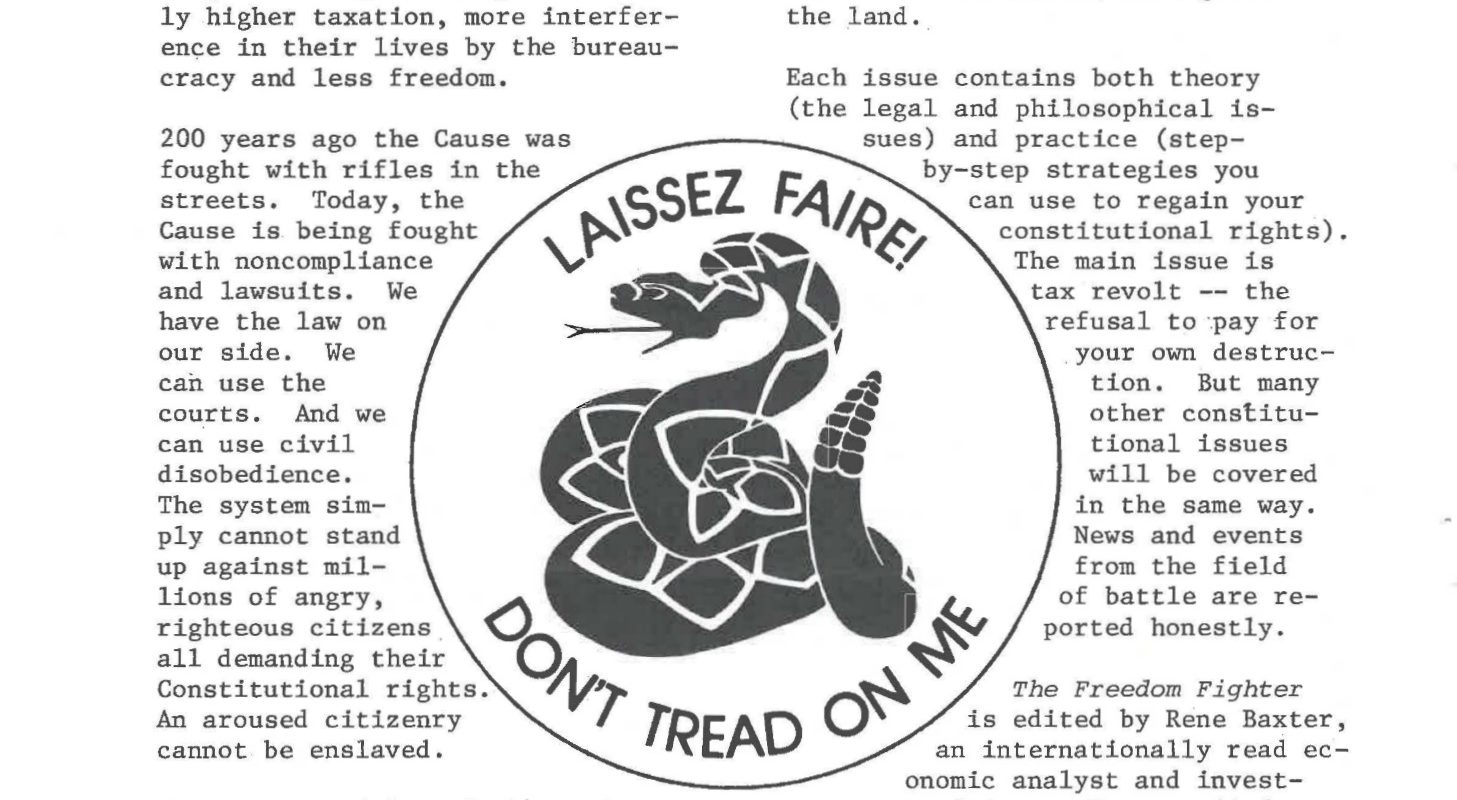 AUTHORS NOTE: This was found in an undated file but had been typed up using a typewriter (so we know it’s old school). There was a newsletter attached, called The Freedom Fighter, which stated it was “dedicated to the restoration of our American constitutional liberties”. The copyright on the newsletter was 1977 so we’ll assume that’s around the time I wrote this piece.

Libertarianism represents profoundly radical and important ideas that are wider than normal political ideas. They are moral and political ideas, most simply expressed as follows.

Now, that is a very difficult idea for most people to understand. In our culture and in most societies of the world, the permissibility of some groups forcing their ideas on others is taken for granted. So much so that most people don’t think of contesting it. They only think of which ideas should be enforced on whom.

If the essence of the libertarianism position is with regard to crime, that the concept of crime can only be justified, can only make sense, can only be morally justified in the context of force — force on another human being, a violation of his rights, of infringing his freedom — then we realise of course that the notion of a ‘victimless crime’ is of course a contradiction in terms, as, in ‘victimless crimes’ there are victims — the victim is the person falsely accused of a crime.

A clear understanding of the above concepts, an ability to apply them in the context of today’s society (where governments have been allowed to trespass beyond their proper role i.e. provision of external defence, police force and law courts) is the starting point for any libertarian to understand the nature of today’s problem and plan an alternate course.