How Ayn Rand shaped my perspective on property rights 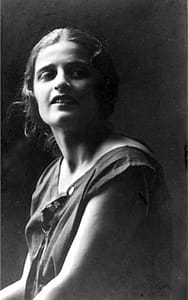 When it comes to modern economics, ideas don’t get much bigger than those of Ayn Rand. Even readers outside the realm of economic study have heard of The Fountainhead (1943) or Atlas Shrugged (1957). A number of her books deal with capitalism through philosophical objectivism and on the topics of property rights and personal freedom. Ayn saw capitalism as a moral, not just economic, structure. She viewed capitalism as a morally superior system, especially in comparison with contentious systems of the day — socialism and communism.

Objectivism is an oft-discuses topic among libertarians. That’s because it focuses on the importance of an independent mind. In turn, it works towards the goal of happiness. Happiness can really only be achieved through personal freedom. Being independent in your quest to build, create and innovate in business is at the core of objectivism. As Ayn famously said: “They will only do to you, what you let them do.” I always remember that as inspirational. Don’t let them do things to you, it’s for you to stand up and be strong.

Ayn saw value as a personal matter, not something to be decided on by governments. She said, “When the livelihood of producers depends on having a license issued by non-producers you will know that your world is doomed.” She also believed strongly in the rights of man, which states every individual must have rights. These include property rights and the right of free trade, which are our only truely economic rights.

One of the most powerful books involving Ayn’s work, for me, is Why Businessmen Need Philosophy (available from the Mannwest Book Store). In it she writes: “Ideas are the greatest and most crucially practical power on earth.” Some of these ideas, like reason, egoism and individualism, are needed to defend and protect the freedom of businessmen. 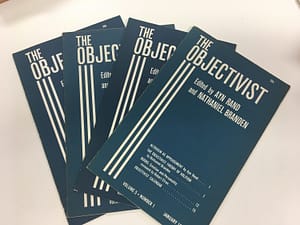 Many of her big essays were published in journals such as The Objectivist Newsletter and The Ayn Rand Letter. Her views were so different to the mainstream (and many of these views still are) that she created her own publications to promote her writing. I have a collection of these books and newsletters in my library that I still consult today.

My first encounter with Ayn

I first came across Ayn Rand’s work in this TODAY Liberal Party publication, featuring a book review of Atlas Shrugged. It all made sense to me —  her definition of money and its purpose; her take on society. I immediately got myself a copy of the book.

For the New Intellectual

The Virtue of Selfishness

The New Left: The Anti-Industrial Revolution

Philosophy: Who Needs It