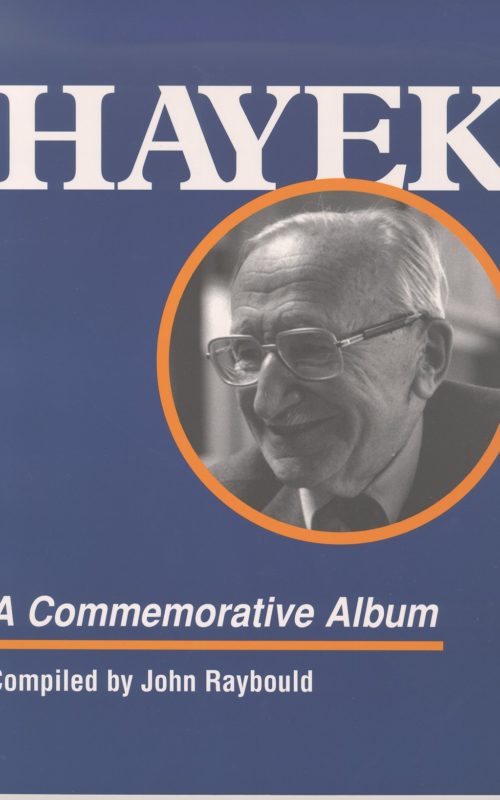 $100 AUD
Delivery within Australia only

By the time he received the Nobel Prize for Economics in 1974 at the age of 75, Hayek had written 25 books and more than 130 articles – not just on economics, but on political and legal philosophy, intellectual history and even psychology. His 1974 book, The Road to Serfdom, was perhaps the greatest source of his lifetime influence. Arguing that socialism, however modest in intent, would inevitably produce tyranny in the end, it was an instant sensation, read by millions within months of publication.

Thus the price mechanism coordinates the activities of millions upon millions of individuals. Rising prices indicate an excess of demand over supply, prompting individuals in every part of the globe to divert their efforts into meeting that demand – as if by magic, and without their needing to be told to change.

This market exchange system is vast, complex and subtle. That is why co-ordination breaks down when we try to manipulate the system or to replace it with some supposedly more rational alternative. Our reason alone is simply not up to the task. Government should aim not to impose its own preconceived order on society but to remove obstacles to the free operation of the market and to discover the rules of justice that make the spontaneous social order work.

In short, Hayek has left us with a powerful and positive case for free-market capitalism and for the free society that will influence all future debate on the subject.

Yet he was also a man – a scholarly, modest, rather shy man, who had an instinctive flair for promoting liberal ideas, and yet seemed slightly overwhelmed by his successes in doing so. It is this human side of Hayek that John Raybould brings out in this book: drawing on family and other archives to illustrate the life of a remarkable scholar, and a remarkable man.

Reviews for Hayek: A Commemorative Album